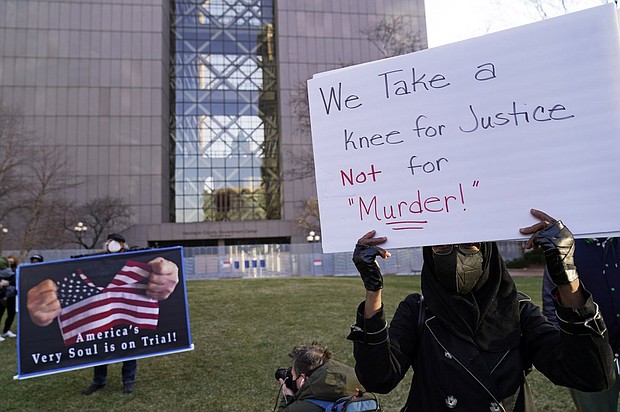 Demonstrators in Minneapolis hold signs outside the justice center where the trial for former Minneapolis police officer Derek Chauvin began on Monday, March 29 with opening statements from both sides. Chauvin is charged with murder in the death of George Floyd during an arrest last May in Minneapolis. (AP photo)

The former Minneapolis police officer charged with killing George Floyd went on trial Monday, with prosecutors promptly showing the jury the video of Derek Chauvin pressing his knee on the Black man’s neck for several minutes as onlookers yelled at Chauvin to get off and Floyd gasped that he couldn’t breathe.