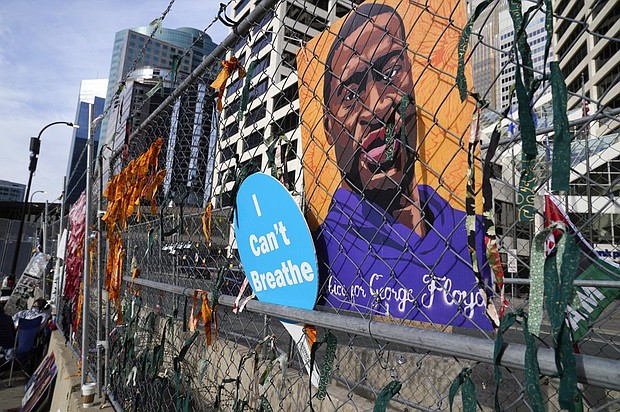 A picture of George Floyd hangs on a fence outside the Hennepin County Government Center, Tuesday, March 30, in Minneapolis where the trial for former Minneapolis police officer Derek Chauvin continues. Chauvin is charged with murder in the death of Floyd during an arrest last May in Minneapolis. (AP photo)

Teen: Floyd was “Begging for his life”

Teenager who shot video of George Floyd crying out under the knee of the Minneapolis police officer testifies she began recording because was she saw, “Wasn’t right, he was suffering, he was in pain.”