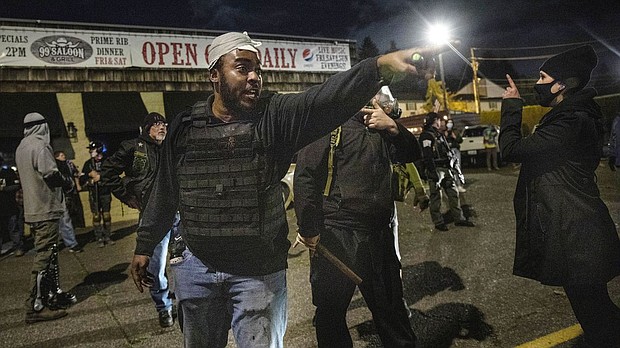 An archive photo from AP shows a counter protest against Black Lives Matter on Oct. 30, 2020 in Hazel Dell, Wash., on the night a candlelight vigil for Kevin Peterson Jr. was held after being killed in a day earlier in a police shooting.