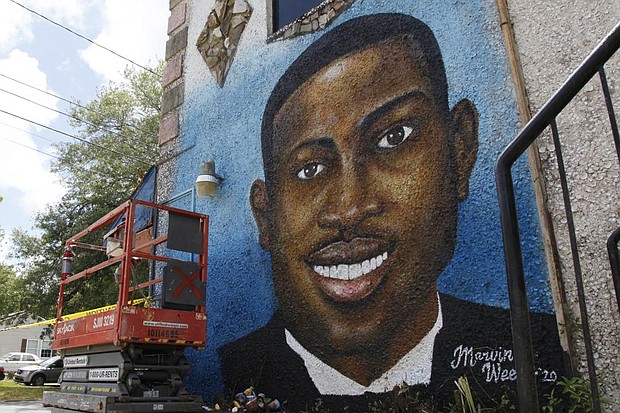 A painted mural of Ahmaud Arbery is displayed on May 17, 2020, in Brunswick, Ga., where the 25-year-old man was shot and killed. Three white men charged in his death were convicted of his murder on Wednesday, Nov. 24, 2021. (AP photo)

All three white men charged in the death of Ahmaud Arbery were convicted of murder Wednesday in the fatal shooting that became part of a larger national reckoning on racial injustice.