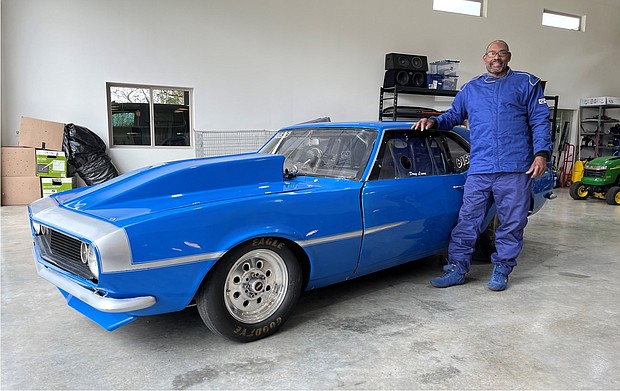 Portland champion drag racer Doug Lyons shows off his modified 1967 Camaro which can hit 170 mph in eight seconds utilizing its “big block Chevy engine” and added nitrous oxide. Lyons wants to get more Black people to join the drag racing world on the track and not on the streets, “where it’s safe and you can have some fun.”