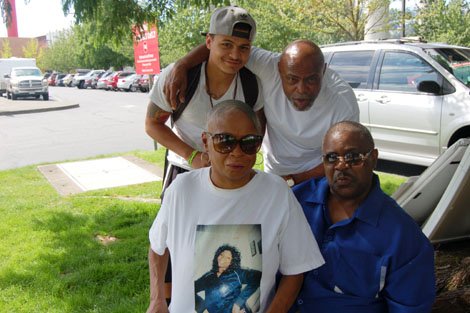 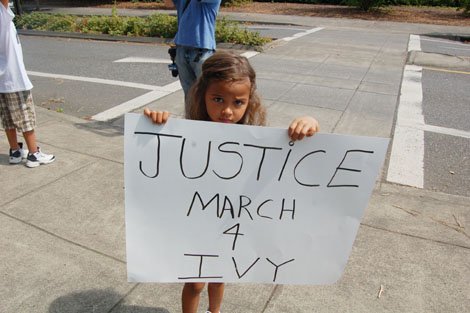 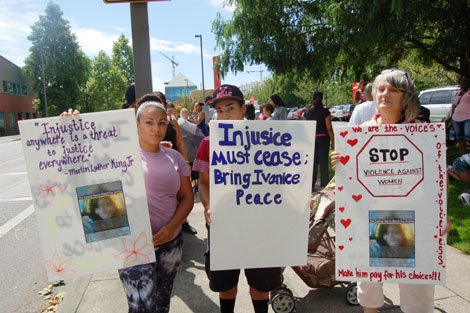 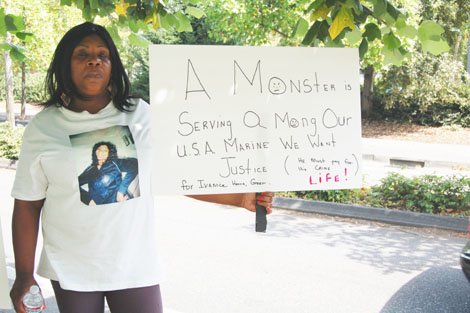 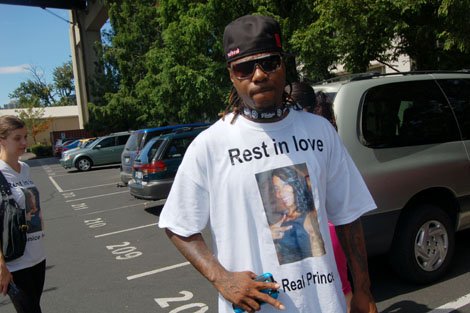 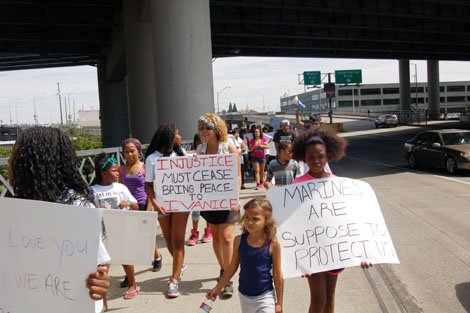 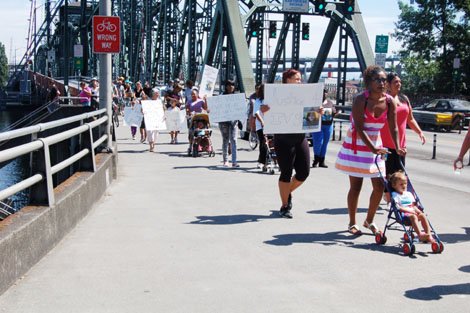 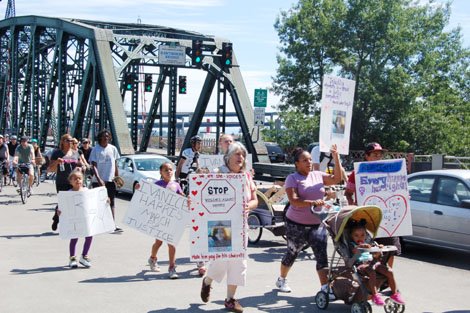 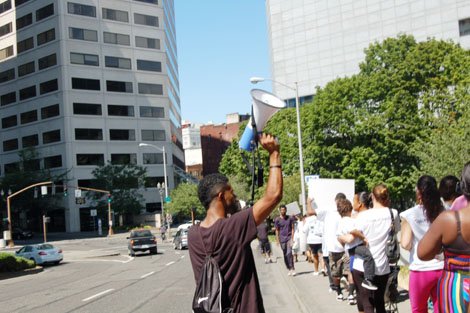 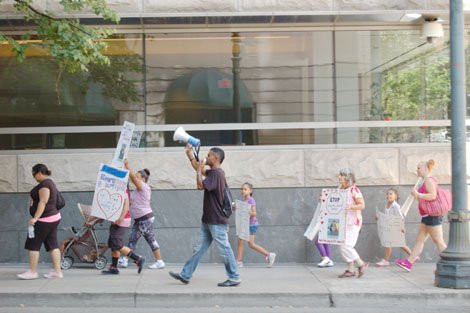 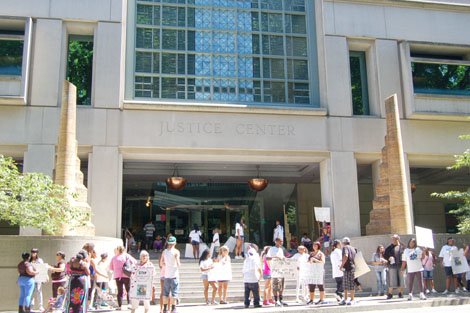 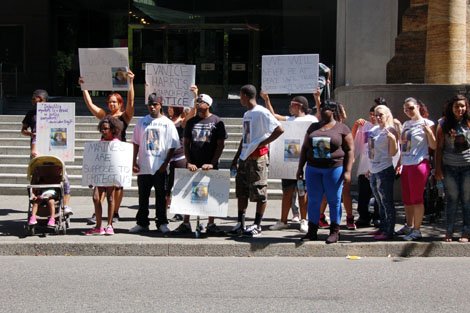 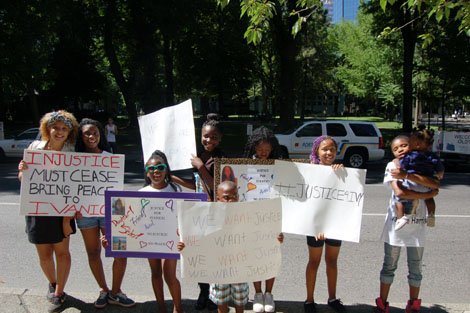 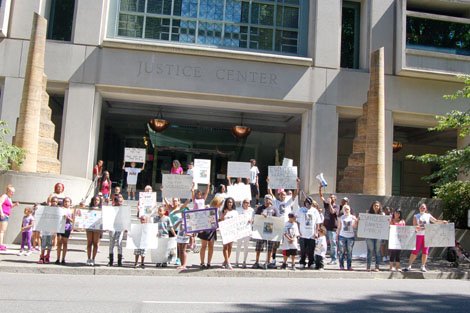 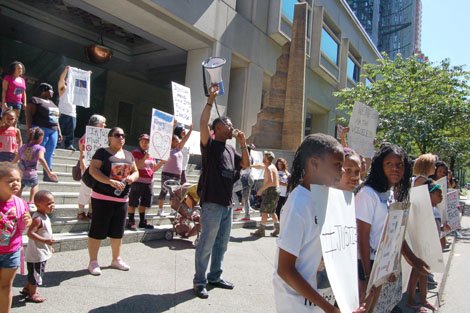 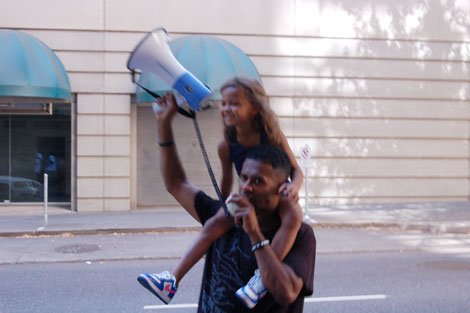 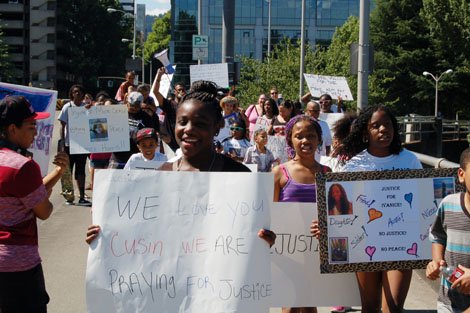 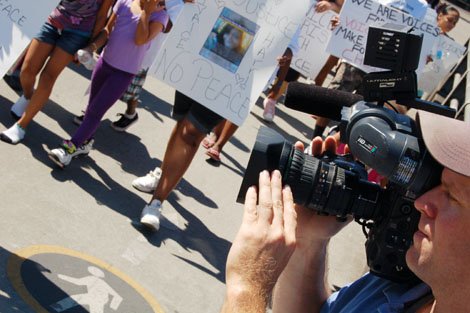 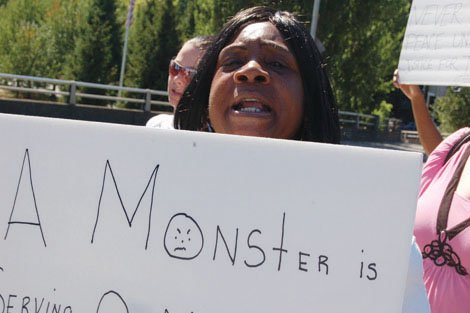 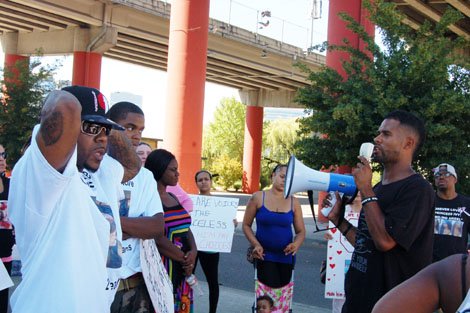 On Saturday, August 17, 2013 supporters of slain Portland native, Ivanice 'Ivy' Harris, marched across the Hawthorne Bridge and down onto the steps of the Justice Center for the 'Justice March for Ivanice Harris'. The demonstration was the largest of three held that day in the woman's honor, the other two being in Las Vegas, NV and Wakiki, HI.