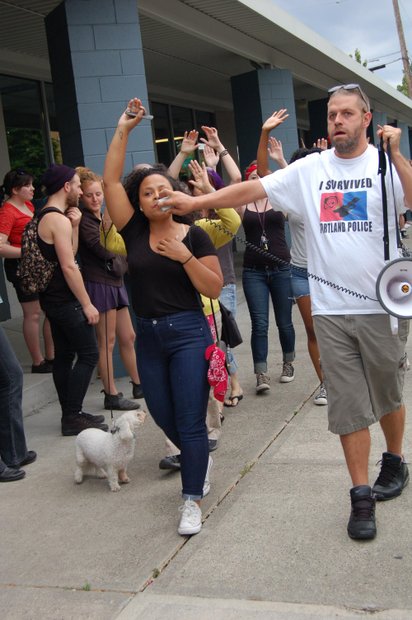 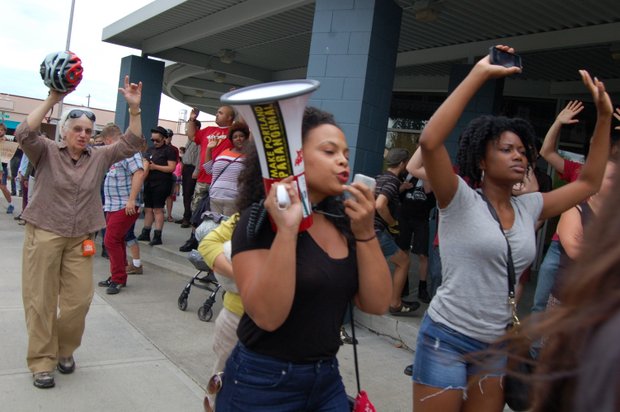 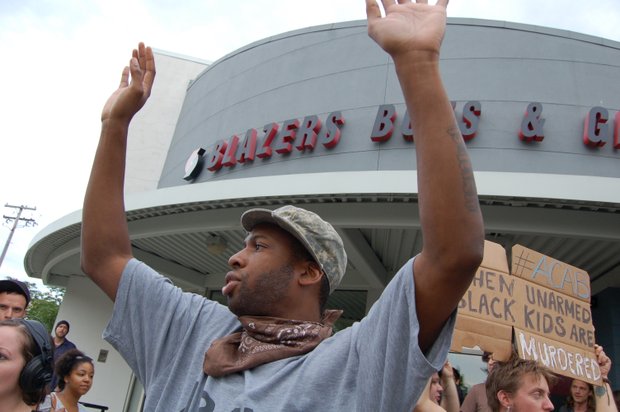 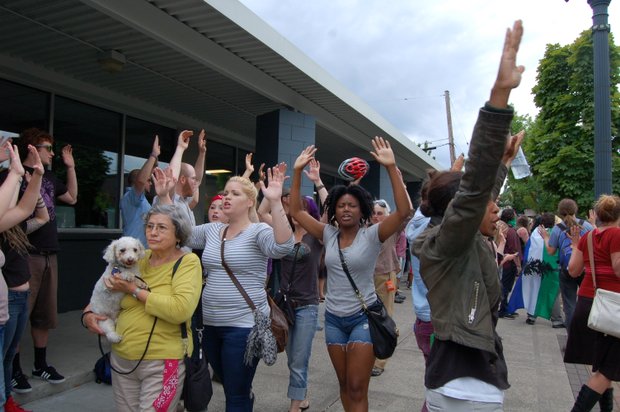 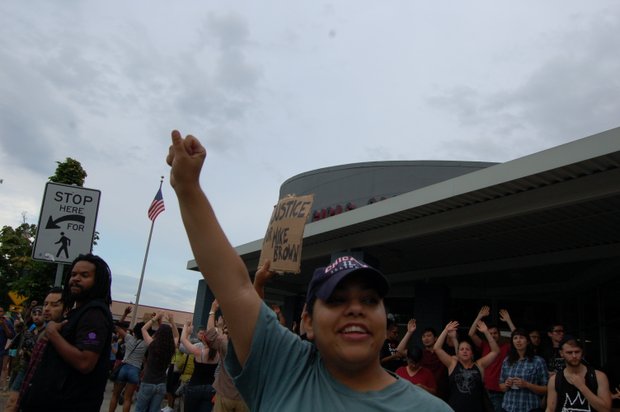 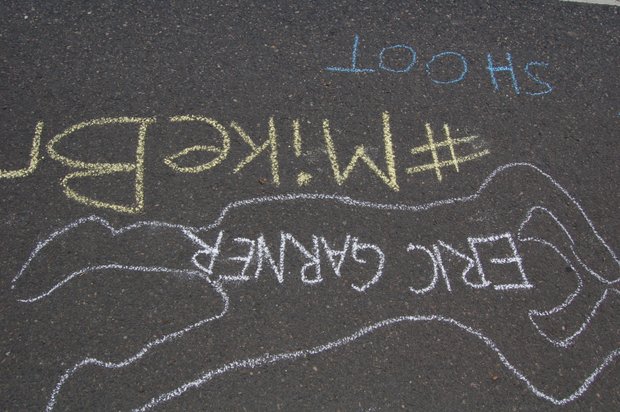 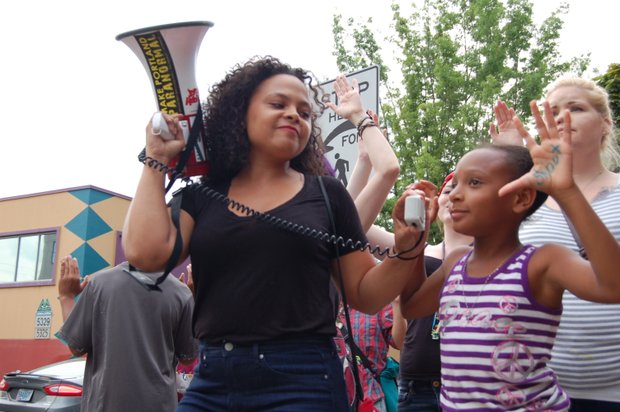 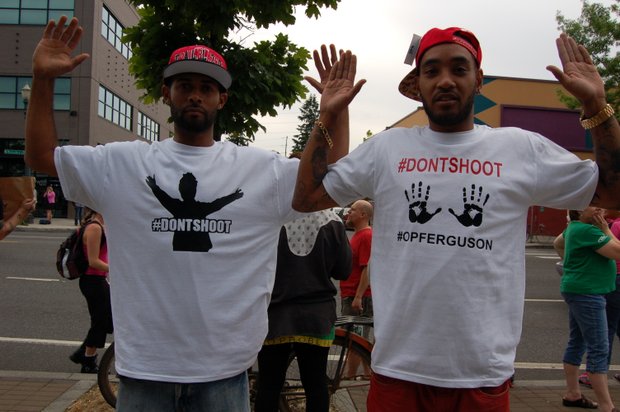 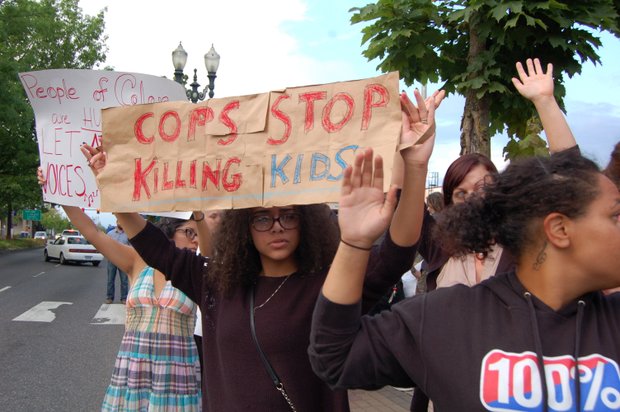 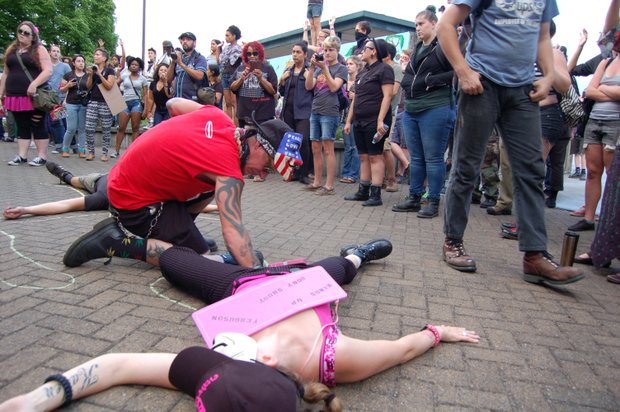 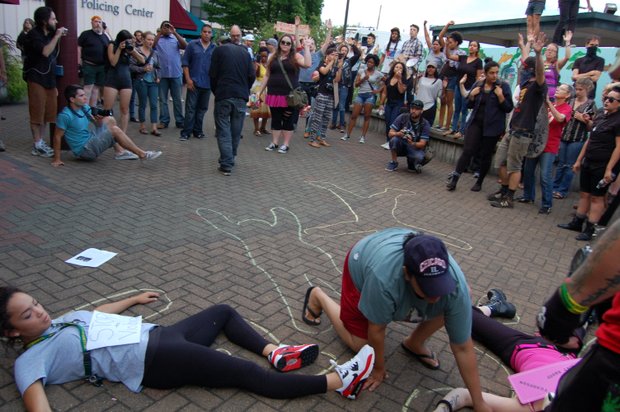 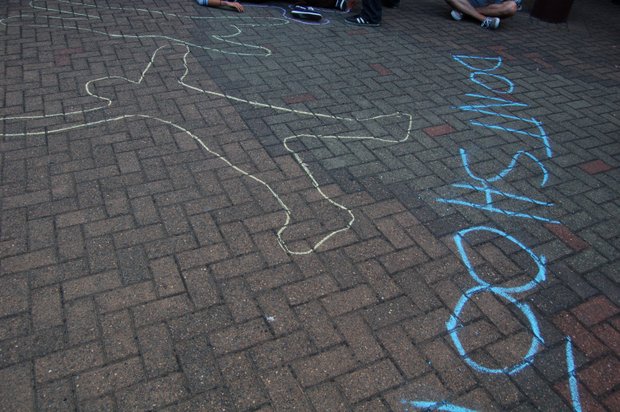 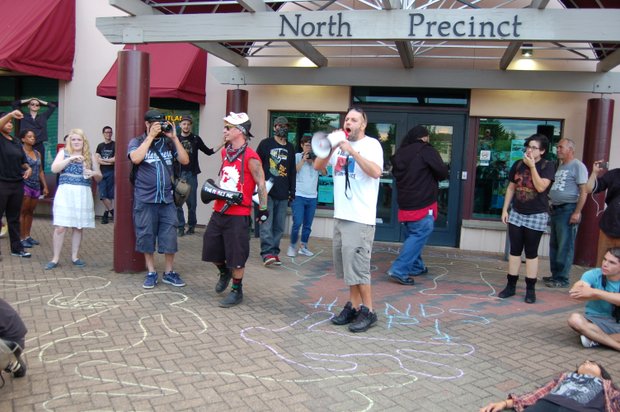 Hundreds gathered at the North Portland police precinct on Martin Luther King Boulevard to rally against police brutality in light of the shooting death of 18-year-old Michael Brown of Ferguson, MO at the hands of an officer. Authorities left the boy's body in the street for hours, have yet to arrest the officer, and have sent militarized police forces into the small town of nearly 22,000 in light of some residents uprising to the dealings of Brown's death.