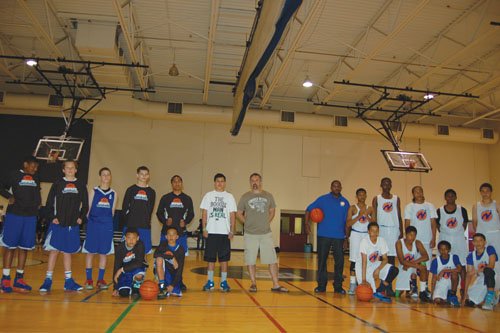 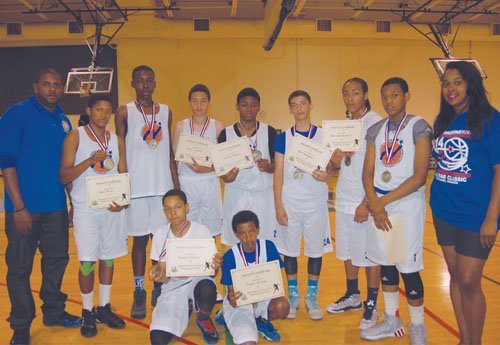 Winners of the Portland Observer’s Joyce Washington Classic boys tournament pose for a picture after the game. Portland Impact trumped over the North Starz, 58-45. 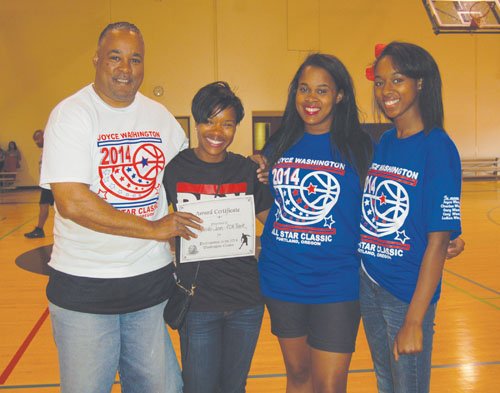 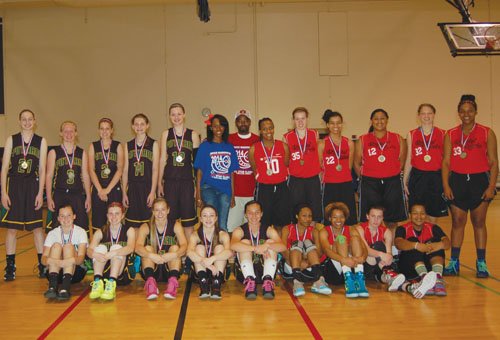 Tournament organizers Shay Washington and Shawn Martin (center) join the Rex Putman and 503 Rebels teams at center court at Self Enhancement, Inc., the site of the 2014 Joyce Washington Classic. 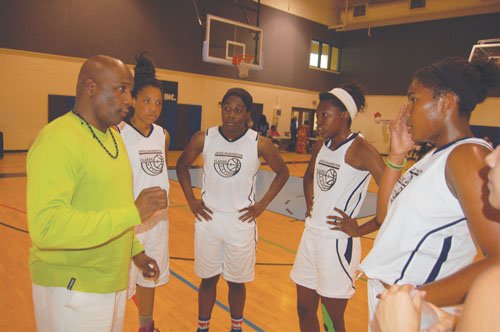 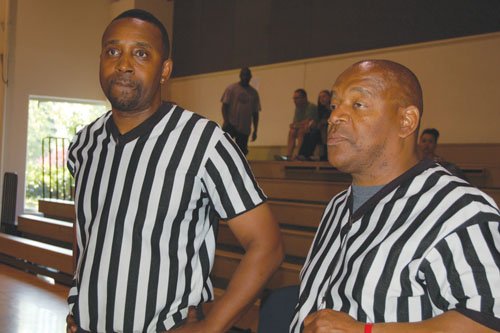 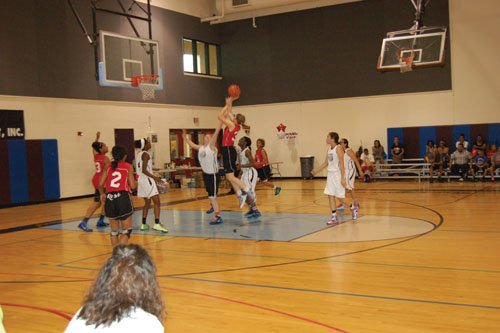 Nina Radford of 503 Rebels pulls up for a tough shot against Rex Putman defenders.

The Portland Observer held its 14th annual Joyce Washington Classic’ basketball tournament this past Saturday, and as-per-usual the talent showed up. Six teams composed of some of the brightest players from Portland and across the state showed up to the court at Self Enhancement, Inc. and played in what were all close games.