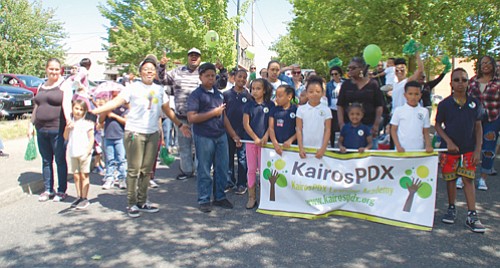 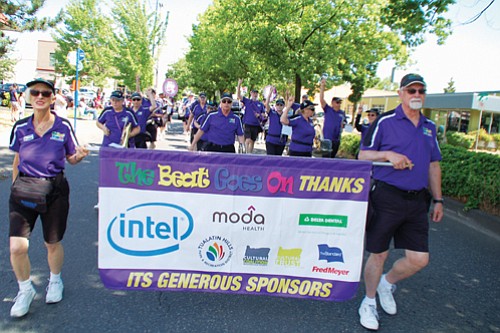 The Beat Goes On march band floods the streets with music. 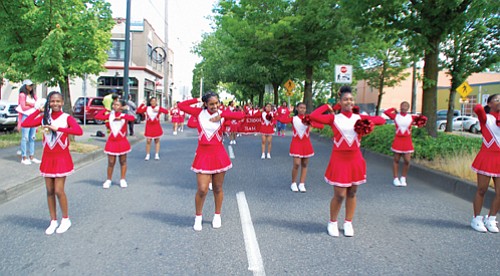 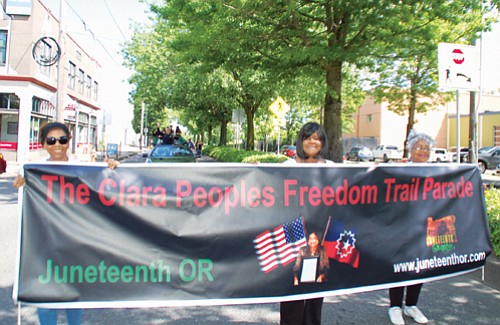 Portland’s Juneteenth parade honors the late Mother of Juneteenth in Oregon, Clara Peoples, who brought the celebration of the emancipation of slavery from Muskogee, Okla. to Portland in 1945. 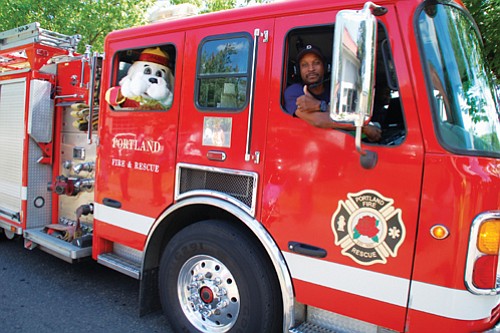 A Portland Fire and Rescue firefighter and his fluffy friend are thumbs up for Portland’s freedom parade. 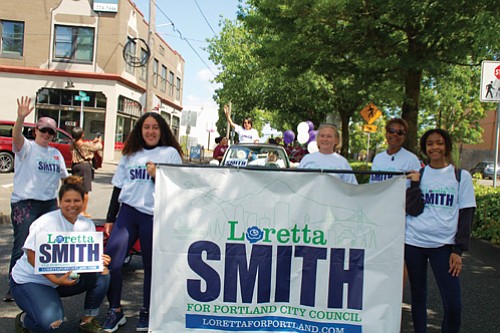 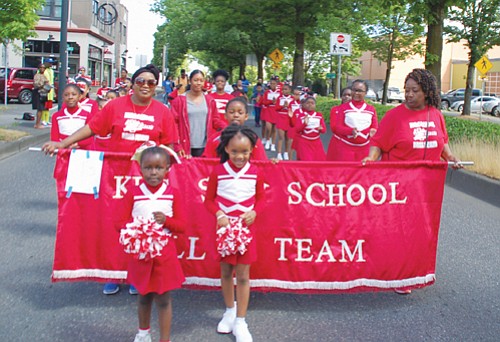 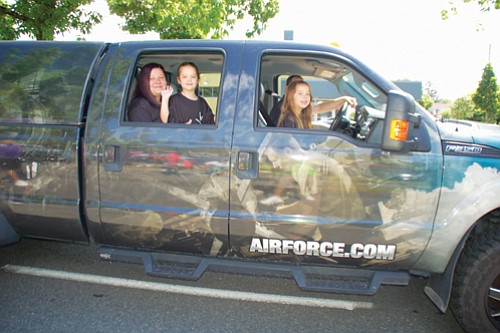 A child waves at the crowds from the seat of a U.S. Air Force truck representing the Armed Forces at Saturday’s annual Juneteeth Parade. 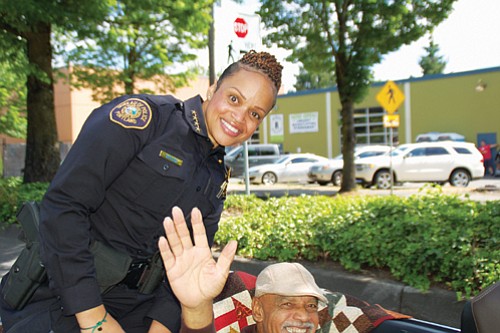 Police Chief Danielle Outlaw, the first African American female police chief in Portland history, was grand marshal of the Juneteeth parade. She is pictured atop a convertible with her father.